Get In Touch
Updates

GOING GREEN-ISH: Exploring how the brands you know and love might be greenwashing their products 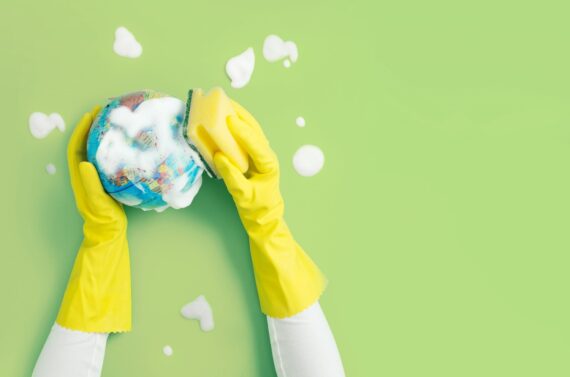 A 2021 Nielsen report confirmed that 66% of global consumers are willing to pay more for sustainable brands. This mass shift in consumer spending has seen businesses of every size and industry eager to ride the eco-friendly bandwagon.

From zero-waste packaging and climate change initiatives to locally-sourced produce and project funding, sustainability has taken on a whole new meaning. Brands who are able to demonstrate their commitment to the planet and its people are tapping into this new era of conscious consumerism.

In reverse, brands whose supply chain negatively affects the planet, or exploits its workforce, are named and shamed. A bad sustainability rep is becoming a death knell for even the biggest of brands. While many are taking steps to remedy this, some are playing less fair than others.

In this article, we’ll explore both obvious and more subtle forms of ‘greenwashed marketing’ – and how consumers and entrepreneurs can take steps to combat this.

Coined in the 1980s, the term ‘greenwashing’ is used to describe businesses who promote their products or services as being ‘green’ or environmentally friendly for marketing purposes.

Also known as ‘green sheen’, this practice is frowned upon because when the facts are examined, the product or process is not truly living up to this standard.

Here are some of the main ways that companies attempt to greenwash their brands.

Some companies will claim that a new production process is driven by eco-friendly motives, when the reality is that it is merely cost-effective.

A classic example of this was uncovered by environmentalist Jay Westerveld who called out a hotel on their towel policy. An undergraduate student on a research trip in Fiji, Jay noticed signs demanding guests at Beachcomber Resort collect and reuse their towels.

“They said reusing the towels would reduce ecological damage to the coral reefs.” Jay noted dryly. On inspection, however, the majority of the hotel’s operations were far from eco-friendly. “Beachcomber were in the middle of expanding at that time and building more bungalows.” Jay pointed out, “I don’t think they really cared all that much about the coral reefs.”

In conclusion: the only green thing about Beachcomber’s initiative was dollar bills. Less washing up = lower utilities.

This is a more brazen way that brands market themselves as ‘green’. They may use earth tones, natural color shades, twine and hemp. They’ll also turn to suggestive copy, inserting words like ‘eco-friendly’, ‘sustainable’ and ‘organic’ into their marketing.

While advertising watch-dogs are beginning to clamp down on these tactics, many of these terms have no legally-protected definition – meaning they are still subjective.

Greenwashing can also extend to irrelevant or misleading labels. For example, if a product is free from a certain substance that has already been banned by environmental law, a greenwashing attempt may state that it is ‘free from X’.

The same is true of many “We don’t do animal testing” marketing slogans. The company themselves may not, but if their supplier operates from a country such as China where animal testing is legal – well, the company didn’t need to, did they? (While there’s still no legal definition protecting the use of ‘cruelty free’, you can find companies who legitimately shun animal testing in PETA’s “Beauty Without Bunnies” database)

Glass-cleaner giant Windex tried this by claiming their latest range of bottles was made from 100% recycled ocean plastic. The imagery and copy around the marketing suggested that this plastic had been harvested from ocean debris.

It was, in fact, supplied by banks of plastic collected on land (which would otherwise have gone into the ocean) in Haiti, the Philippines and Indonesia. Recycled, yes. Ocean plastic? Bit of a stretch.

While the above examples of greenwashing are underhanded, they pale in comparison to the blatant dishonesty of the world’s biggest brands.

In 2016, Mercedes Benz, Volkswagen and Audi all settled multiple class action lawsuits against them. All cases revolved around the car giants’ claims that their diesel vehicles were clean and environmentally friendly. It turned out that all three were using emissions-cheating software (cunningly labelled ‘defeat devices’) to achieve this status.

Fortunately, consumers and authorities alike are cracking down on greenwashing attempts. Oil giant Shell, for example, was publicly shamed on Twitter by U.S congresswoman Alexandria Ocasio-Cortez for their new green accountability push. “I’m willing to hold you accountable for lying about climate change for 30 years,” she Tweeted cheerfully. Fair point well made.

Shell isn’t the only big company attempting a reputation reboot. There’s been a huge shift in agribusinesses towards the clean eating and vegan movements.

From ‘humane’ meat and dairy products to ‘ethically sourced’ vegan-friendly food, the marketing bandwagon has never been so crowded. But should corporations with decades of deliberate damage to their names really be applauded – or is a bit of scepticism healthy?

Stephanie Peritore is the founder of Mindful Bites, a vegan sweet treat and chocolate company. She told Addition she finds it particularly grating when she sees big corporations ‘virtue-signalling about veganism’. “Back when I was working in finance, ten years or so ago, vegans were looked on as weak-minded, airy-fairy individuals.”

She recalls being made to lie about her diet choices out of fear of losing face. “We all had to say we had allergies. It was literally the only way our colleagues and especially bosses would accept why we weren’t eating meat. These same brands now come out with big speeches in support of veganism. I’m so tempted to say ‘oh really? I have ten years’ worth of internal email exchanges that might challenge this idea’. But better late than never, I suppose.”

While the strides made in cleaner eating are definitely progress, Stephanie is wary of making veganism and sustainability mutually inclusive.

“I don’t view ‘veganism’ as the beginning and end.” She explains, “The moment we don’t apply those ethics to every part of the supply chain, we have failed. Arsenic is also vegan – that doesn’t mean it’s good. Some major food products that are touted as ‘ethical and green’ can have their production traced back to mass exploitation.”

Some of the most common staples of a vegan diet are ethically problematic.

Aside from its allegedly magical ability to drain millennial’s bank accounts and deprive them of home ownership, the avocado has other (real) issues.

In Mexico, farmers are razing indigeneous pine forests to plant avocado trees, driving wildlife from their homes and diverting critical water resources. The same can be said for Chile, where the water shortage caused by avocado trees is so dire that local farmers are forced to use contaminated water for their own crops.

Used in a wide range of vegan products, this nut is mostly grown in African countries and then processed in Vietnam or India. This exploitation and abuse experienced by (mostly female) workers in the cashew industry is so horrific, there have been multiple reports on the subject.

Mainstream chocolate and its impact on the dairy industry is definitely tragic. But it’s vegan cousin isn’t always a picture of innocence, either.

The naive equation of vegan=ethical is especially relevant to the chocolate industry. The cocoa trade is rife with human trafficking, deforestation and child labor.

Due to the incredibly low wages, cocoa farms will often lure young, desperate workers with the promise of wealth, then prevent them from leaving. Human traffickers will also frequently send groups of vulnerable people looking for employment across to these plantations (most notably in Ghana and the Ivory Coast). Meanwhile, demand from corporate giants has led to mass destruction of wild rainforests in places like West Africa, Malaysia and Indonesia.

For Stephanie, where her ingredients come from – and who produces them – all ties in with their sustainability. The integrity of her brand needs to encompass every step of the product journey – from its roots in Tuscany to the consumer table.

“I always ask myself: is everybody involved in this production process benefitting from it? It’s not just about my profits or the customer experience.” Behind every bite, Stephanie explains on her website, there is a story. “ From the African women harvesting baobab to escape extreme poverty, to the resilient maca growers on top of the Andes in Peru. Sustainability, to us,  also means positive social impact for the farmers, their families and wider communities.”

Legislation is constantly being updated to combat greenwashing in all its many forms. However, there is still a long way to go before the market catches up.

The good news is that as consumers, we hold the key to moving this along faster. Knowing how to scrutinize a brand or product can help us reward those genuinely practicing what they preach.

There’s a growing number of name-and-shame lists for greenwashing brands, as well as lists of legitimately eco-friendly companies. If you’re considering purchasing a product due to its sustainability credentials, make sure you do the following:

Is that shirt made from ‘100% pure cotton’ – or are they just saying that the small fraction of cotton they’ve used is, in fact, 100% pure cotton? Scour the product labels closely.

Check the product website. Are there any stats or figures to support their claims? Are these verified?

The product in question may be entirely legitimate. However, is it only one product sitting alongside a range of other, less sustainable options? If so, this product has likely been created to lure in a new, eco-conscious buyer persona (like you).

When it comes to integrity of process, small businesses are leading the charge (we would know – we support them)! Clients like Stephanie continue to inspire and educate us on what true sustainability looks like. If you’re buying from a small business owner, you’re not only shopping local – you’re likely bettering the planet!

Addition offers full-suite financial services to small businesses and startups – from bookkeeping to growth funding. Our tailored plans grow with your business, eliminate the need for a full-time finance team, and give actionable insights to get you further, faster!

Our clients come from all industries and backgrounds – from vegan chocolate to tech recycling! They inspire us to go the extra mile in supporting impactful, purpose-driven companies.

We understand the importance of your brand mission – and we want to help you succeed while staying true to your ethics. Why not hop on a free call with us today? 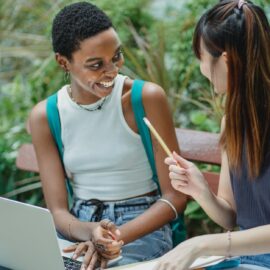 A New Era of Post-Pandemic SMEs