Get In Touch
Updates

Breaking the Bias – How Female Founders are Challenging Gender Inequality 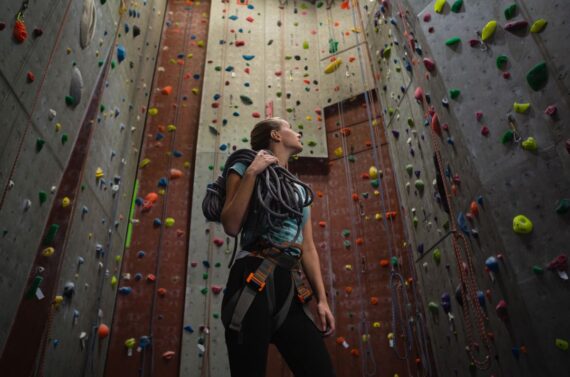 The 2022 International Women’s Day theme is ‘Break the Bias’. The IWD campaign encourages us to ‘call out bias, smash stereotypes, break inequality and reject discrimination’.

Despite decades of progress, women still face bias in every aspect of our lives. This is especially true of the entrepreneurial sector. Only 1 in 3 UK business owners are women. Whatever’s driving this gap, it clearly isn’t a lack of competent, determined female talent. A 2021 national report found companies with female leaders were financially stronger, less reliant on government support and less concerned about cash flow issues in the next 12 months than their male counterparts.

Delphine Remy-Boutang, founder of women’s growth accelerator JFD, says stronger action is needed to tackle ‘lack of representation, societal biases, closed networks, and insufficient investor commitment to women.’ Women are under-represented in future jobs such as cloud computing, engineering, data or artificial intelligence. ‘To change this paradigm, a concerted effort is needed,’ She states, ‘and quickly.’

We reached out to female founders who are breaking the bias in their own companies for practical advice on this important topic.

One way we address gender bias is not so much in our hires (we are an all female team with occasional blog posts from a male) but in supporting other female-founded start-ups. I try to be their voice when the opportunity arises and shout about their achievements.

Aura Fertility tries to direct our money (as clients) to organisations that have diverse leadership teams and shared values. Even as a start up we can choose who we give our business to. We look at our full range of service providers, collaborators, investors and partners – to make sure we’re pulling people from all backgrounds into our network and helping others up the curve.

By sharing experiences, information, and resources, other women in business can be the best resource in gaining market share against industry competitors who are both financially advantaged and male-biased.

I founded Jessica Flinn Fine Jewellery over 11 years ago in a small studio in the heart of Sheffield. As it’s grown and we’ve built a team, I felt it was really important to create an empowering work space for women to feel safe, challenge themselves and excel in their roles. In a male dominated industry, I’m proud to say that Jessica Flinn is a jewellery business that’s 85% female, and 75% of our senior leadership team is female.

In my own business, which is predominantly made up by women anyway, whenever we hear anyone say something that remotely resembles bias, the first question that is asked is: ‘Why do you say that?’ This statement always forces people to challenge their assumptions and bias.

It would greatly move the needle for women in the workplace if organisations invested significantly and systematically in leadership programs for women. For the programs to be effective, they have to be intersectional by nature, both on the participant side and the manager/mentor/leader side.

Professional engineering bodies like the Royal Academy of Engineering have created massive campaigns and resources to encourage more women into engineering – working with educators, parents and even career advisors.

Ducky Zebra is a co-sponsor of the Lifting Limits Good Practice Award for schools who are working tirelessly to break the bias and open up more opportunities for their pupils. I am also gifting my time as a mentor on 8th March to help 12 young people as part of an IWD Banbury initiative.

We definitely find that when candidates see that there is gender diversity in the business, they are more likely to apply. This is then reinforced when they meet women on the hiring panel. It’s also particularly important in attracting tech talent into the business.

Evenbreak only employs disabled people, and is mostly led by women. The board is 75% women, the senior management team is 100% women and the middle management team is 50%. Our culture is built on our values and principles of inclusion. This includes gender, ethnicity, disability, sexual orientation, age and a whole range of differences.

We educate ourselves on the differences between how men and women apply for jobs. We write job adverts in a way that both men and women respond to. For example, we make our job adverts inclusive by using bullet points that allow women to be open-minded about whether they qualify for the job.

At ddroidd, we consciously look to have diverse teams and gender representation across all levels of the business, with a key focus on culture, inclusivity, learning and development.

Having gender equality in the senior team provides a visible example at the top of the organisational structure, with diversity filtering down in hiring choices through the rest of the company. It also means equality and diversity are always on the senior leadership agenda.

I often find that some of the most inspiring female entrepreneurs are just busy getting on with things and often don’t really think we’re doing anything special – but we are. We should recognise that sharing things with others is not boasting or over-promotion – it’s inspiring others.

Women need to know they can be successful in roles in finance and that it is changing from being just a man’s world. Companies need to appeal to both sexes. Women have always been great with finances, so let them in and let’s change the culture (it starts from the top) to set good examples.

Our approach to gender-pay-equity isn’t super sophisticated, but it’s quite effective. Essentially, we pay by role instead of individually customised compensation. Each sales rep or event host earns the same as their colleagues. By completely taking variability out of the equation, gender bias can’t sneak in at all.

Because our team at Saalt is made up of 80% females–many who are mothers of young children (myself included)–we decided to address the need head-on by offering a free, in-office preschool five days per week with three preschool teachers. We dedicate nearly 10% of our office space to the preschool, and it’s been worth every penny. The result is high employee buy-in that is a win-win for both our company and team. .

For women to truly gain equal footing in the entrepreneurial sector, we need to challenge gender bias at every level. Creating transparency, removing barriers and making conscious decisions to support women in business is something we can all do in our personal and professional circles. Let’s help break the bias and level the playing field for each other – one tangible step at a time. 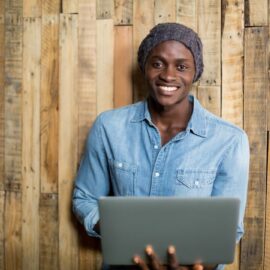 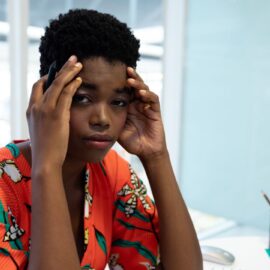 Five Toxic Traits to Avoid in the Workplace in 2022 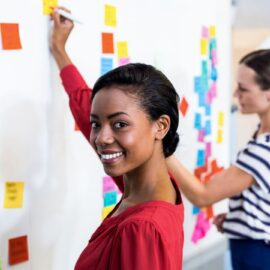