When It All Adds Up – Alix Dunn 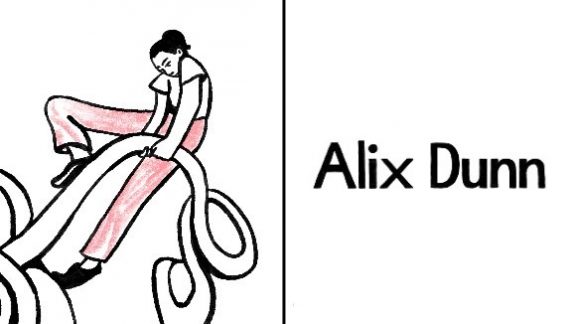 Remote and hybrid work models look set to stay, and many businesses are facing challenges as a result. Creating and maintaining a strong company culture, streamlining workflows and communication are all essential to success.

For many of us, however, the temptation to merely shift current meeting culture to online spaces is strong – but not necessarily effective. The dreaded ‘Zoom fatigue’ lurks around every corner. Facilitating productive dialogue where everyone is on the same page helps ensure your online meetings are impactful. But how does one go about this?

Addition client Alix Dunn is a sociotechnical facilitator and advisor. In her feature for When It All Adds Up, she shares how she’s using her years of experience leading a distributed team to help others find their rhythm and develop a meeting culture that works.

What inspired you to start your business?

As communities, we’re trying to grapple with the way technology is changing society. I wanted to think about that from a human rights and ethics standpoint. Within a company, there are so many different perspectives, ideas and expertise. How do you actually have a good conversation and move things forward?

14 years ago, I was doing academic research on how Facebook was being localized into Egypt. I was really interested in the challenge of meaningfully incorporating technology into activism. Not the ‘clicktivism’ kind of stuff, but asking ‘How does an organization that works on human rights actually use technology strategically?’

I was interested enough in it that I set up an organization, which I then grew over the next six or seven years into a team of 20 working globally and providing support to civil society and activists all over the world. At the same time, I was learning how to manage a distributed team and really interested in the challenges of working remotely. In my entire career. I’ve only worked two years in an office, so have been dealing with the issues that many companies are now facing for a while.

Facilitation is more important than ever now. Working with technology now requires a whole host of people – designers, engineers, data scientists, hardware, marketing – even the legal team. It needs such high levels of cross-discipline collaboration that facilitation just becomes a must-have.

Meetings play such an important role in collaboration, but many times they aren’t as effective as they should be. I call it ‘Schrodinger’s meeting’, where there was a meeting, and you think one thing happened, but another person thinks another thing happened. So poorly-executed meetings can actually make things more confusing. That’s where facilitation comes in.

What sort of work do you do?

Facilitation is not that hard. I’ve spent a lot of time working on it. And I think about as a spectrum from zero to a hundred –  zero being you don’t even recognize that a group dynamic exists, and a hundred being a ‘Yoda’ Facilitator who can get groups to collaborate effectively. I think everybody can go from zero to 50, and that’s the focus of the courses I’m building.

I gravitate towards projects that are more about technology and society. For example, I’m working on two projects right now. One is with a group of independent researchers who are trying to help policymakers understand social media enough to be able to regulate it effectively. It’s a very difficult question, and the answers probably aren’t going to come from industry researchers. So I’m helping to build a community of practice for independent researchers. We are having an event in April to design a strategy.

We also partnered with Shopify last year to roll out courses internally for their UX team of 500 designers.

What’s the next step for your business?

This month, we’re launching our first public-facing course. Anybody can sign up. It doesn’t matter what organization you’re in. We’re creating more systematized ways of getting people from knowing about us, to learning how we think about the problem and why we think the problem is what it is. We want them to say, ‘Ah, I have that problem. I understand that and I see those dynamics. This is really helpful. What else could we do with you?’ And then encouraging them to join our webinars.

What are some challenges that you’ve had to overcome on your founder journey?

I’m moving on from a service mindset to a productized mindset. There are only so many things I can focus on and still enjoy my life, while performing well for clients. It’s about learning how to say ‘No’ in ways that free up enough time to build higher. Then, over time, you’re operating at a level of traction that you could never have imagined a few years prior.

The transition from managing a non-profit to managing a business has also been tricky. In non-profit spaces, you literally are required to spend the money you receive, which gets you in a different spending mindset and all entirely. So if I get a $200,000 grant, I have to spend that money when it hits the bank. Part of my job was finding a way to allocate those resources immediately. But when you’re running a small business, you need to adopt a profit-first mindset. Revenue shouldn’t equal expense. That’s taking me some time to wrap my head around and start behaving slightly differently with money.

Can you tell us about a ‘wow’ moment from your founder journey?

Starting a non-profit when I was 24 was really naïve – in the best way possible, of course! It felt like the equivalent of a fly-by-night MBA. I had to learn management, finances and accounting, operations and sales and all these things in a really compressed period of time. In that first part of my career, I worked so much because I was completely absorbed with it and passionate about the mission. Then, when I transitioned out of the organization, it was very easy to just stay in that work mode – you know, 65 hours a week and travel 170,000 miles a year.

Instead, I now work 30 hours a week and it’s nice. I don’t take on projects I don’t want to. I’ve been able to build my business around what I want to do outside of work, but also in a way that I really enjoy showing up every day. That isn’t easy to do while also making enough money to support yourself. So it’s been a ‘wow’ moment to implement this lifestyle, not only for myself, but for my team as well.

What advice would you give to other entrepreneurs about starting a business?

Facilitation is about being a lot more intentional with the way we spend our time. Most people set themselves up to serve their calendars, rather than having their calendars serve them and what they’re trying to accomplish. Lots of business owners have so many hours a week on their calendar that are not necessary for synchronous conversation. This is because they haven’t figured out asynchronous work, or they’re not clear enough on what they’re trying to do to liberate people from having to check in all the time.

Meeting intentionality and meeting culture is something that I think pays off a lot if you get it done. Time doesn’t equal results. You could do the same quality of work with a lot less hours. In fact, I have a newsletter issue coming out on Tuesday about the new presenteeism and how we have applied the same attitude to presenteeism as we did in office spaces to remote spaces – and how to get out of that headspace of being available. People shouldn’t have to sit in front of their computers 9 to 5 if you’re doing things right.

How do you find clients?

I’ve built up a sizable network over the last 10 years, so a lot of my clients come from direct referrals or recurring business. At the moment, I’m in the process of trying to get more private sector clients. It’s taking some time, but I’ve always looked at this way: if you just build meaningful relationships, you don’t have to force it – the work will come. I just prioritize getting to know people and connecting with them. Then, if they find ‘Alix-shaped problems’, they come to me.

We do host our courses on Circle, and there’s an asynchronous video component. But I’ve been trying to build out the step-by-step curriculum and get comfortable recording. I think we’ll do a lot more videos because I like it – but for now, it’s email and Linkedin.

How do you fund your business?

It’s bootstrapped. We have a premium high margin consulting offer. and we use the profit margin from that to feed product development. With bootstrapping, it’s easier to know whether an idea is worth pursuing thanks to the digital age. With so many people online, the signals you get in terms of demand are clearer now than they would have been before. They’re also cheaper and easier to roll out and get feedback.

At the same time, it’s getting harder to reject equity and debt financing when there’s such cheap money around. It can be very intoxicating. People start seeing success as having someone take equity stake in your company – which to me is not failure, but it’s not what I want. There’s a lot of social pressure to think of that as success. It could be a step to success, but I don’t think it is in and of itself.

What’s your approach to hiring vs outsourcing?

Outsourcing for us is more about maintaining optionality than about lowering costs longer term. Of course, it’s intoxicating to think you can delegate in your business. But if you delegate too early, you don’t actually spend enough time deciding what needs to happen. You’re trying to push it off your plate, and I don’t think that ever really works. For a long period of time (and even now to a certain extent) I had to hold the complexity and maintain the coherence of where we’re going for other people, and help translate that into something meaningful for them to do.

Some people try to slice the pie of complexity and share it out. But if you do that too soon, It just creates confusion and chaos. You’re not actually in touch with the big picture, and I think people try to do that because it’s stressful to hold it all. But I think it ends up being more stressful if you try to delegate that complexity too early. We have the Addition CFO product and are very happy with the weight it takes off our shoulders.

You need to recognize that there will never be a moment when you’ve answered all the questions and you’re just in execution mode – even though you really really want that to happen. Know when it’s time to make a choice to move forward, and when it’s time to mull.

Alix Dunn is an Addition client and a Sociotechnical facilitator/advisor. 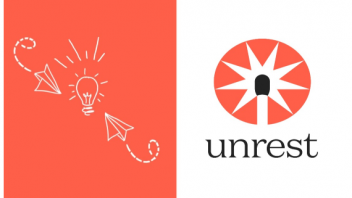 When It All Adds Up – Unrest 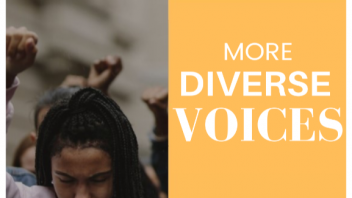 When It All Adds Up – More Diverse Voices 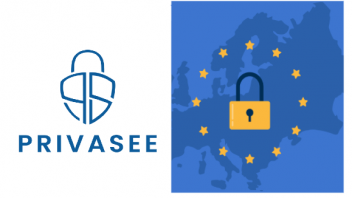 When It All Adds Up – Privasee